Minnesota Rising is excited to celebrate 5 years in May 2014! To commemorate the occasion and the amazing folks who have crossed our paths, we're featuring several blog testimonials throughout the month on "Why Minnesota Rising Matters."

Alex is a professional fundraiser based in Minneapolis with a passion for helping nonprofits of all sizes grow their capacity to achieve their missions. Alex has worked as a fundraiser for a number of local non-profits, and is currently the Development Director at the Minnesota AIDS Project. 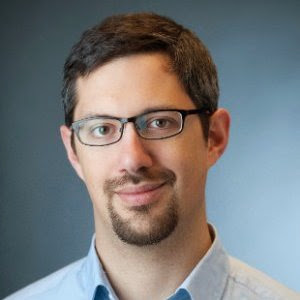 I often see (and you probably have as well) news stories or read blog posts about how difficult the job market is for folks entering in it now, but it took my participation in the Un/Conference this past year to really understand what that meant for people graduating or stuck in unpaid internships now.

When I initially pitched the idea for an Un/Conference session talking about overcoming generational bias for young graduates looking to launch their career, I had no idea the depth of the issue, or how many people I knew whom it affected. After digging deeper, the statistics were startling - youth unemployment was 16.3% (not to mention underemployment!), and the traditional college-job-retirement pipeline folks were used to didn't exist for many. Most of the hands in the room I was presenting in shot up when I asked about feeling stuck in unpaid internships, temp jobs that never turned permanent, and constant part-time underemployment. This was their new norm.

Working through that session at the Un/Conference and talking one on one with young people affected by the economy taught me a lot about the unconventional career paths people were taking, and how for many people, that was the new norm. It showed me how I could embrace the change, and how we could as a group work through the changes in the economy to still be successful in our careers and professional lives. People were excited to tackle the challenge and find ways forward, and to work together as a group to make sure we all had what we needed to succeed and do good.

Whether it was in how I volunteer and network, or in looking for my own next big opportunity, the Un/Conference and Minnesota Rising have had a great impact on me, and I look forward to seeing what the next five years of Minnesota Rising bring!
Posted by Diane Tran at 7:00 AM
Email ThisBlogThis!Share to TwitterShare to FacebookShare to Pinterest