by Craig Helmstetter and Jane Tigan, Compass Project
The millennial generation (currently age 14-33), also known as generation Y or the echo boomers, has become the subject of a lot of media attention and broad generalizations. So, for our Minnesota Compass Annual Meeting we dug into the data and pulled out some trends related specifically to this age group in Minnesota. We found some interesting surprises we share with you here.

2. 1 in 4 millennials in Minnesota is a person of color

With nearly 40 percent of Minnesotans age 25-34 having earned a bachelor’s degree or higher, we rank 7th nationally in educational attainment.

For the Twin Cities region, we rank 5th compared with the nation’s 25 largest metropolitan areas. These national comparisons are among the older half of the millennial generation, who have made their way through most of their formal education.

4. The Great Recession was hard on millennials

Poverty rates are markedly higher for millennials today than was the case for young baby boomers back in 1980 and generation Xers in 2000.
Additionally, once you control for inflation, the income of millennials age 16-24 in 2012 is over 20 percent lower than the income of baby boomers in that age group in 1980. Note that this income loss is NOT a broader trend; overall household income is up by 18 percent in Minnesota since 1980, including a 25 percent increase among those age 55-64 today (boomers).

It is important to note though, that the overall employment rate for Minnesotans age 16-34 has not changed substantially from 1980 although today’s job market is much more inviting for young women (especially those age 25-34) than was the case for the boomers in 1980. But young men today are slightly less likely to be employed than were young boomers and gen Xers, and we see this drop especially among entry-level young men age 16-24.

5. Millennials are not immune from racial gaps, but some progress is being seen

Despite the good marks overall on educational attainment, Minnesota’s millennials aren’t immune from the racial gap that plagues Minnesotans of all ages across employment, home ownership, and even disability rates. Among those age 25-34, for example, while non-Hispanic white Minnesotans are more likely to have at least a bachelor’s degree than are their national counterparts, young adults who are Asian, black, and American Indian in Minnesota are less likely to have a degree than is the case for the U.S. as a whole.

There is some good news in terms of gaps, however. The high school graduation rate among students of color has increased by 19 percentage points, from 43 percent in 2003 to 62 percent in 2013, and the white-of color gap has narrowed from 36 percentage points to 23 points. There is still room a lot of for improvement, but this is a definite move in the right direction.

Combined with the relatively good news in education, Minnesota’s millennials appear poised to maintain Minnesota’s generally high quality of life – and might even be the generation to figure out how to more effectively open opportunities to extend that relative prosperity for an even broader array of communities here in Minnesota.

Ready to make a change within yourself and your community? The Minneapolis Hub of the Global Shapers community invites you to do so alongside them! Their application phase is currently open and runs through September 19. Team up with them to do some global good in your own neighborhood!

The Minneapolis Hub of the Global Shapers seeks passionate young change makers to join our community. Our next application phase will be open August 22 through September 19, 2014. If you would like to become a Global Shaper, or you know someone you would like to refer, please find our application here.
Applicants should reserve the evening of Thursday, October 7th for our interview experience.
Why apply? Joining the Global Shapers Community creates pathways to opportunities including:
Applications must be submitted by midnight CST on September 19, 2014. Invitations to applicants to interview with us on October 7 will be delivered by late September. Onboarding of successful applicants will take place in late October.
As with all Global Shapers Hubs, we neither charge fees to apply nor dues to join. Successful applicants will be expected to commit to providing a minimum of 15 hours of work per month on Hub activities. Still have questions? Contact Minneapolis Hub Membership Committee at minneapolis@globalshapers.org.
Posted by Diane Tran at 7:00 AM No comments:
Email ThisBlogThis!Share to TwitterShare to FacebookShare to Pinterest

You're Invited: Habitat for Humanity - Raise A Glass For Tomorrow

This weekend, Twin Cities Habitat for Humanity Young Professionals invite you to Raise A Glass For Tomorrow. Hosted at Town Ball Tavern at Target Field, event proceeds will support Habitat's mission to eliminate poverty housing from the Twin Cities. Get your ticket today for delicious food and beverages, a silent auction, and great local music!

Raise a Glass for Tomorrow

August 30, 2014 at Target Field
The Annual Raise A Glass For Tomorrow fundraiser is hosted by Habitat for Humanity’s Young Professional Network to support Habitat’s mission to eliminate poverty housing from the Twin Cities. The evening includes delicious food and beverages, a silent auction, local music, and it caters just to you and other sharp, socially conscious young professionals!
When:  7:00pm to 11:00pm
Where: Town Ball Tavern, Target Field, 1 Twins Way, Minneapolis, MN 55403
Contact: riley.moynihan@tchabitat.org
GET YOUR TICKETS TODAY!
If you’re interested in sponsorship opportunities during this event, please contact Riley Moynihan at Riley.Moynihan@tchabitat.org.

Raise A Glass For Tomorrow 2014 Sponsors 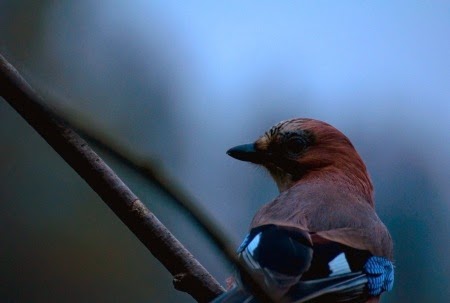 "Faith is the bird that feels the light when the dawn is still dark."
-Rabindranath Tagore
Posted by Diane Tran at 7:00 AM No comments:
Email ThisBlogThis!Share to TwitterShare to FacebookShare to Pinterest

Accepting Applications: Apply to be a 2015 Bush Fellow

It's a big question, but if you've got a big idea, consider sharing it with the world, starting with the Bush Foundation! The Bush Fellowship is accepting applications for its next round of funding to support innovative and inspired changemakers across Minnesota, South Dakota, and North Dakota. Read on for more details and ready your world-changing idea for its initial debut!

Got a song in your heart and just need to sing it? Join the Twin Cities Women's Choir at their Fall Open Rehearsals for a chance to belt out some beautiful tunes. TCWC is a non-audition choir, so all you've got to do is show up and sing!

You're Invited | CAAL PowerTalk: What's Culture Got to Do With Power?

The Coalition of Asian American Leaders (CAAL) invites members of the diverse ethnic groups in the Asian Minnesotan population to explore issues of culture and power. The second in the series of CAAL PowerTalks, What's Culture Got to Do With Power? will feature the stories and insights of Yvonne Cheung Ho and David Mura. Register today or spread the word about this exciting series that is connecting emerging and experienced leaders!

Culture is an important aspect of leadership. As Asian Americans, we count culture among one of our inherited assets; but, culture is also created within our cities, companies, and neighborhoods. So,what's culture got to do with power? And, how does culture help create equity?
Join the Coalition of Asian American Leaders (CAAL) for our second CAAL PowerTalk on Thursday, August 28 from 8AM - 10AM where we feature Yvonne Cheung Ho and David Mura. They will share their stories and thoughts about what culture has to do with power and equity.
CAAL PowerTalks is a series that connects emerging and experienced leaders, and begins to explore how we can build unity to advance our collective well-being.
RSVP by August 22, 2014. Breakfast included in event.

About CAAL PowerTalks
From July through October, CAAL will host monthly PowerTalks with leaders to facilitate networking, and to create space for emerging and experienced leaders from across sectors, generations, and diverse ethnic groups in the Asian Minnesotan population to explore what it means to build unity and cohesion to advance the shared priorities of the population. On November 15, 2014 CAAL will host the Asian American Leaders Forum, where all leaders will be invited back to help us shape the future.
Future Events:
Posted by Diane Tran at 7:00 AM No comments:
Email ThisBlogThis!Share to TwitterShare to FacebookShare to Pinterest

You're Invited | The Arts: The Lifeblood of Culture

Torch Community invites you to their annual Arts event "The Arts: The Lifeblood of Culture." Featuring Jeff Prauer of the Metropolitan Regional Arts Council, you'll hear about the impact of the arts on our economy and community while sitting inside the beautiful Cowles Center space. Register today to learn how the arts serve as the lifeblood of our culture! 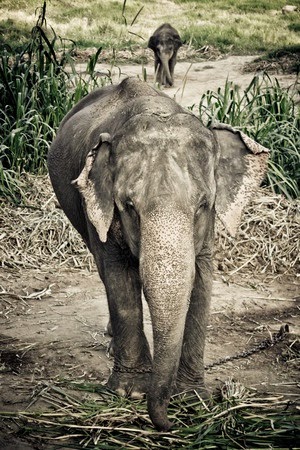 "We change not to "get better" but to return to who we were all along."
-Sheryl Paul
Posted by Diane Tran at 7:00 AM No comments:
Email ThisBlogThis!Share to TwitterShare to FacebookShare to Pinterest
Newer Posts Older Posts Home
Subscribe to: Posts (Atom)