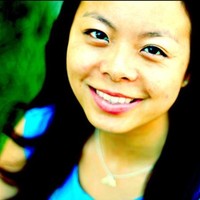 Diane serves on the boards of the The Saint Paul and Minnesota Foundations, Propel Nonprofits, The College of Saint Scholastica, and is a Past Chair of the board of directors for the Citizens League. Twin Cities Business Magazine named her one of "100 Minnesotans to Know in 2015." She was selected as a 2013 German Marshall Memorial Fellow, named one of Ten Outstanding Young Minnesotans in 2008 by the Minnesota Junior Chamber, and served as a 2006-2007 Humphrey School Policy Fellow.

Diane earned a self-designed bachelor’s degree in International Social Policy with a double major in Humanities at The College of Saint Scholastica in Duluth, MN. She was invited as an inaugural member of the Young American Leaders Program (YALP) at Harvard Business School in 2015 and obtained her Certified Professional Project Manager (CPPM) from the Opus College of Business Executive Education at the University of Saint Thomas. She is the author of the children's book, Linh and the Red Envelope, designer of Ga Gi Nang Greetings special occasion cards, and ordained through the Universal Life Church. The daughter of Vietnam War refugees, her community work explores questions at the intersections of place, equity, and identity-driven leadership. Diane is the founder of Minnesota Rising, a statewide network of emerging leaders working to build relationships, trust, and a shared vision for the state, and developing the collective capacity of the rising generation to impact Minnesota's future. 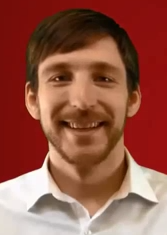 Eriks Dunens is a Statewide Educator for Leadership and Civic Engagement at University of Minnesota Extension. Extension provides practical education and research to help people, businesses and communities solve problems, develop skills and build a better future. In practice, Eriks supports and enables leaders as they take their ideas, strengths, knowledge, and connections and put them into action to create positive public impacts.

In addition to his involvement with Minnesota Rising, Eriks serves on the Milwaukee Avenue Homeowners Association board and acts as an organizer for a pickup basketball league in southwest Minneapolis.

Eriks has a master's degree in Public Policy from the Humphrey School of Public Affairs at the University of Minnesota. His study focused on public participation processes and engaging individuals in decision making that impacts them. He engaged in research that examined communication and public involvement strategies to inform policy solutions to complex public problems. Eriks is also a proud alum of Augsburg College with a B.A. in History.

At its core, Eriks' work is about identifying and leveraging the collective resources we can offer each other to collaboratively create common good.

Read on for the story of Minnesota Rising's founding. 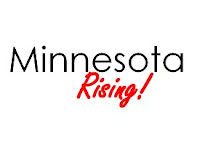 Coming up through the ranks of Target Market, the Dakota County Youth Planning Committee, and THE GARAGE in my high school days, I developed a strong appreciation for Minnesota, youth activism, and social justice issues. I continued practicing and learning in my undergraduate work through involvement with Global Justice's Student Campaign for Child Survival, V-Day, and the Center for Just Living at The College of St. Scholastica. These experiences of peer-to-peer organizing and collectively envisioning a world we thought we should work towards led me to believe in the power of a generational identity as a common uniter for social change work. I questioned the notion that young people need to wait for some appointed time upon which they should take on the mantle of leadership, whether that be college graduation or becoming more seasoned in professional work. I reasoned that if our generation was to inherit the circumstances, be they good or bad, that current practicies and policies were forming, we should have a hand in their co-creation.

So I strove to be the change I wished to see in the world. I participated in several Citizens League committees, served as a Racial Justice Facilitator for the YWCA of Minneapolis' "It's Time to Talk Forums," and was a citizen lobbyist on behalf of RESULTS' advocacy to end poverty and hunger. In the meantime, I engaged with my local peers through the Emerging Leaders Network, serving on the Leaders of Today and Tomorrow Advisory Board, and by organizing Book Club Bash discussions. Yet the conversation I wanted to be having about our common generational identity and leadership still wasn't manifesting itself. I turned, then, to Twitter and Google, and found a whole community of 20-Something Bloggers, Brazen Careerists, and Millennial thought leaders. I went from 0 to 60 in wondering if people wanted to have this conversation to being overwhelmed by the dialogue from and about the Millennial generation. After following along for several months, it became apparent to me that the field was thoroughly saturated. There didn't appear to be need nor room for additional voices.

After further reflection, though, I began to recognize that these conversations were largely happening at the national level. The issues were relevant, but the people and places were not part of my own community. My passion is for Minnesota and for my peers here. Thus @MinnesotaRising was born. At this point, it's nothing more than me, a Twitter handle, this blog, a gmail account, and of course, you. But I've got plenty of ideas of what more it could be. And I'd assume you do, too. They say you've got to build a network before you need it. Given the complex and unique work that lies ahead, it's obvious that we're going to need each other in the future, so I suggest we start building that network now. Are you with me? If so, I've got just a few questions to get the conversation going:


How do you cultivate a group of peers, that over time and shared experiences, comes to power together with a shared vision for the common good? How do you prepare to do this ahead of society's appointed time for you to get to work?

Thanks for your support and I hope we'll have the chance to work together!