Posted by Diane Tran at 7:00 AM No comments:
Email ThisBlogThis!Share to TwitterShare to FacebookShare to Pinterest

It's hard enough to balance work and life, but what about when either takes you into different time zones or overseas? The MINN Education Committee invites you to offer food for thought at their upcoming Work/Life Brown Bag Lunch Roundtable Discussion. Register today, and come prepared to share your stories and ideas and chew a bit on others'.

Fourth Generation is calling foodies and do-gooders alike to come out and Graze 4 Good! Your ticket gets you a variety of tastings prepared by four notable chefs, two drinks (wine or beer), and a chance to hear from Thomas Kim and Kat Melgaard of the Left Handed Cook about their experiences as local entrepreneurs. Your taste buds and heart strings will be satiated! 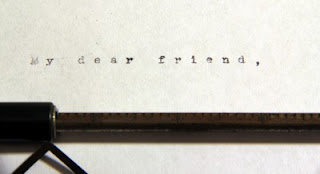 "The desire to write grows with writing."
-Desiderius Erasmus
Posted by Diane Tran at 7:00 AM No comments:
Email ThisBlogThis!Share to TwitterShare to FacebookShare to Pinterest

You're Invited: See and Be Scene with LEAD

The LEAD Project and Hennepin Theatre Trust's The Scene are hosting, "See and Be Scene with LEAD,"  a special social hour at Marquee. RSVP today for a complimentary drink, an opportunity to mingle with other young professionals, to learn how you can get more involved with the Minneapolis arts and nonprofit communities!

SMBMSP is teaming up with Saint Paul Tweetup to host a relaxing evening in Minneapolis at Stanley's Northeast Bar Room with the SMBMSP Winter Tweetup. Drop in for drinks, tunes, and a chance to meet some great tweeps from across the river. It's just the recipe for keeping warm amid our long, cold winter nights.

You're Invited: Three Powerful Tools to Create the Book You Were Born to Write

It's the story of your life, as told by you. Ready to share it? Network Buzz is kicking off 2013 with "Three Powerful Tools to Create the Book You Were Born to Write." Join in to hear how your journey and the insights you've picked up along the way can reach readers where they're at and give them some rules for the road. Grab your pen and pad and register today!

Couldn't imagine life without your furry, four-legged friend? Join Social Capital at the upcoming "Party for Paws," the next in its series of parties with a purpose. You'll get a chance to learn about and support Coco's Heart Dog and Cat Rescue, Helping Paws of Minnesota, and Wags and Whiskers Animal Rescue of Minnesota. Without a doubt, it will be a paws-itively great evening!

Social Capital Hosts "Party for Paws" on February 23, 2013 at Urban Eatery in Uptown

Join Social Capital on February 23 at Urban Eatery on the shores of Lake Calhoun for a "Party for Paws" benefiting three animal-related charities.
Social Capital is pleased to announce that it will hold its upcoming “party with a purpose" Saturday, February 23, 2013 from 9:30 p.m. until 2:00 a.m. at Urban Eatery in Minneapolis. Keeping with the model for which it has gained recognition, Social Capital will support three local non-profit organizations through this event. However, this event will be animal-related; all of the three organizations will be non-profits that involve animals. These organizations are Coco's Heart Dog and Cat Rescue, Helping Paws of Minnesota and Wags and Whiskers Animal Rescue of Minnesota.

“People have tons of passion around helping their furry friends,” said Emily Shannon, Executive Director of Social Capital. “We've wanted to throw a party that supported three animal-related causes for a long time.”

This Social Capital event raises money just like the preceding events—Social Capital lets attendees decide how much money they want to donate and choose what charity gets their donation. Attendees can learn about each charity while at the event and can donate as little or as much as they like. This method has proven successful in the past—attracting hundreds of people and raising thousands of dollars in a single night.

This model was born from the idea that there needed people to get involved in philanthropy in a simple, fun and affordable way.

“The very reason Social Capital exists is because we believe that social networks have power and that gatherings can create change,” said Shannon. “We serve the community with that in mind.”

About Social Capital
Social Capital is a Minneapolis-based group that believes philanthropy should be fun and accessible to all. Founded in 2009, Social Capital began as a simple idea to help get friends, families and communities together through events that raise awareness and act as fundraisers for multiple philanthropic causes.

Social Capital believes there is strength in numbers and that a fun night on the town can be a powerful way to do good and party with a purpose. In the end, everyone wins. Check out http://iamsocialcapital.org/ for additional information.

About Coco's Heart Dog and Cat Rescue of Minnesota
Coco’s Heart Dog Rescue (CHDR) is an effort grounded in love, dedication and determination. The dream of establishing this rescue started back in 2000 when a very special dog, Coco, passed away unexpectedly at age five. The loss inspired Coco’s owner, 12 year-old Ashley, to save other canine friends in his name.

In late 2009, the dream started to become a reality. Now a nonprofit organization, CHDR is 501 (c)3 status. The goal of the rescue is to have a facility to house 20 dogs at a time, foster home placement, provide preventative and medical care, basic grooming needs, microchip and a warm and welcoming shelter until a forever placement is secured. For more information, visit http://cocosheartdogrescue.org

About Helping Paws of Minnesota
The mission of Helping Paws is to further the independence of individuals with physical disabilities through the use of service dogs. Service dogs assist individuals with many tasks, enabling them to live more independent lives. Trained to pick up dropped objects, open and close doors, turn light switches on and off, and get the phone, these incredible dogs can pick up a dime, help their partner transfer into a wheelchair, and respond to a 78-word vocabulary. To learn more about how Helping Paws and the amazing service dogs they breed, train and place, visit http://www.helpingpaws.org 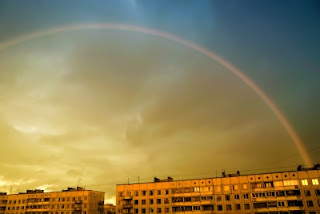 The Social Innovation Lab is loosening their collars and meeting after hours for a twist on their usual event structure. Join them to explore the Midtown Market, ideas for future Social Innovation Labs, and other conversation topics that spring from the inquisitive minds of those in the room. Register online and drop in for some time both social and innovative!

This is a chance to connect with others from the labs in an informal, fun setting. The event will be loosely structured, with optional activities to map things you want to offer and receive in the lab network. This will also be a time to find out about other Social Innovation Lab events and opportunities, and to let us know how you’d like to collaborate with others involved with the Labs. There will be an opportunity to start or join table conversations on particular topics related to the lab. The event will be from 4:00 to 7:00 PM on Monday, February 25, 2013 at the Midtown Global Market. There is no cost to attend, but please register below.
The Midtown Global Market is in Minneapolis on Lake Street at 10th Ave. So. Participants will receive “Market Bucks” to help us collaboratively gather interesting snacks to share from the diverse mix of restaurants at the Market.
Posted by Diane Tran at 7:00 AM 2 comments:
Email ThisBlogThis!Share to TwitterShare to FacebookShare to Pinterest

It's Valentine's Day and our re-post today is full of love for those Millennials across the country who illustrate what "the next generation of change looks like." Minnesota's own Jamie Millard gets a shout-out from Trish Tschume, National Director of the Young Nonprofit Professionals Network. Thanks for elevating the ever-emerging field of Millennial leadership, y'all, and let's continue to spread the different by design love!