I recently received this posting below from a colleague, with an open call to serve on the newly approved Minnesota Judicial Center Committee for Equality and Justice. See below for a description of the work of this body, and to further peruse other opportunities for public service in the state of Minnesota, see the Secretary of State's website regarding Open Commissions and Appointments with a monthly listing of current vacancies. 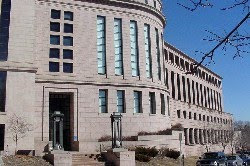 In June 2010, the Minnesota Judicial Council approved the creation of a new advisory committee, the Committee for Equality and Justice. The Committee was established to advance the Judicial Branch's efforts to eliminate from court operations bias that is based on race, gender, ethnicity, age, disability, socioeconomic status, religion, sexual orientation, and any other status protected by law. The Committee is charged with:
Membership for the Committee for Equality and Justice must reflect geographic and demographic diversity and will not exceed 30 members. Members of the public, justice system partners, attorneys, court staff, and judges are encouraged to apply.

Specific questions about membership on the committee may be directed to Janet Marshall at 651-297-7579 or janet.marshall@courts.state.mn.us, or to Kim Larson at 651-282-6769 or kimberly.larson@courts.state.mn.us.

To be considered for appointment, submit a letter of interest and resume to:

Posted by Diane Tran at 7:52 AM
Email ThisBlogThis!Share to TwitterShare to FacebookShare to Pinterest