Oh yes, it's caucus night. And the feeling's right.

Sure, it's Groundhog Day, but do you know what will determine the next six weeks (and beyond) politically more than whether or not that little critter sees its shadow? You, at your local caucus. 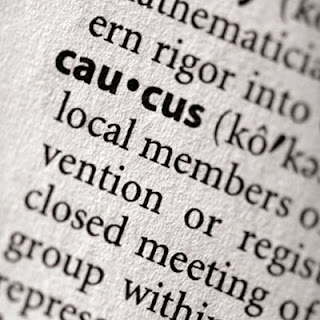 As the Star Tribune notes, the few who show up tonight get the first shot at shaping the issues and races that will define this year - and can help to narrow the governor's race that currently boasts a field of 25. Despite 2010 not being a presidential or senate election year, which helps to draw greater participation, it is still a critical time for Minnesota in determining what comes next - in policy, politics, and the Governor's Mansion.

Want to make your political move? Find out where by using the Precinct Caucus Finder, a tool developed by the Secretary of State’s office with cooperation from Minnesota's political parties, for a one-stop, easy-to-use online search tool. Read the FAQs below to learn more about caucusing or visit the Secretary of State online for more details.

Don't leave your political destiny up to the Groundhog - you can have your say in what these coming weeks and months will bring.

Precinct caucuses are meetings organized by Minnesota’s political parties to begin the process of selecting candidates for the 2010 election and policy positions to shape the party platform. Caucuses are held in locations across Minnesota, are open to the public, and participation is encouraged.

Q: What is a precinct caucus?

A: A caucus is a meeting organized by Minnesota's political parties where citizens can engage each other in a conversation about which candidates to support in the 2010 election and what public policy positions should be adopted as part of the party's platform.

Q: Who can attend a caucus?

A: Precinct caucuses are open to the public and participation is encouraged by the political parties. In order to vote, offer resolutions or become a delegate at a precinct caucus, attendees must be eligible to vote in the 2010 general election, live in the precinct, and be in general agreement with the principles of the political party.

Q: What do caucus attendees do?

Caucuses provide a forum for citizens to engage their neighbors in conversation on a wide range of public policy and political issues. Attendees may also offer and vote on resolutions to shape the party's platform.

Caucus attendees elect officers who will be responsible for organizing political activities within the precinct.

Photo Credit: Knol
Posted by Diane Tran at 12:04 AM
Email ThisBlogThis!Share to TwitterShare to FacebookShare to Pinterest